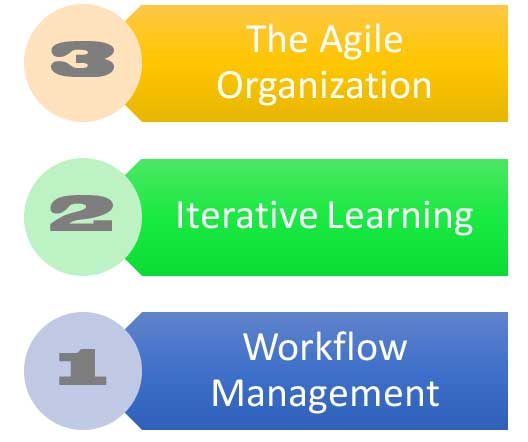 In helping a number of teams adopt Agile Marketing and observing many others, I’ve come to conclude that there are at least three stages or approaches to Agile Marketing.  They’re not necessarily sequential. I have listed them in what I consider an order of difficulty, from most straightforward to most difficult, and in order of the potential value to the organization when they’re done well.

The developers who gathered in Snowbird, Utah in 2001 to write the original Agile Manifesto represented many different approaches to improving programming productivity: Scrum, Extreme Programming, Dynamic Systems Development Methodology (DSDM), Adaptive Software Development, Pragmatic Programming, etc. Other than rejecting the traditional waterfall methodology, they had little in common. It’s amazing, really, that they were able to agree on anything in 3 days, much less something as crisp and influential as the Agile Manifesto.

Since 2001, Scrum has emerged as the most commonly used Agile methodology, and many of us have applied Scrum to marketing. However, I’ve been asking myself if some of the alternative Agile methodologies can also be applied to marketing. The answer, I think, is yes. Over the next couple of weeks, I’d like to look at several of these alternatives, beginning with Pair Programming.

Pairs programming requires that two programmers sit in front of one computer – one drives, or enters code, the other observes, looking at the big picture, looking for mistakes or for unwarranted assumptions, commenting as the first programmer types. Every so often, they switch roles. The emphasis is on communication and quality.

There is some evidence that although pairs programming may take somewhat longer initially, it reduces the number of defects, and leads to long term productivity. Pairs programming has other benefits as well:

How might this apply to marketing? Can we adopt something I’ll call Pairs Agile Marketing? Imagine a marketing team, divided up into pairs. Rather than having lots of group meetings (something us marketers seem to do a lot of), brainstorming  particular marketing programs or deliverables, pairs of marketers divide up, one outlining or even creating marketing programs or materials, while the other looks over his or her shoulder, suggesting improvements, correcting mistakes and generally contributing to the finished product. After 30-60 minutes, they switch off.

The emphasis is on deliverables, not meetings. Quality control is built in. The pairs take a list of stories from the Sprint backlog, and complete them in a timely fashion. They could also use more of a Kanban style methodology to pull the next work item into their pair. Let’s call this Pairs Agile Marketing. 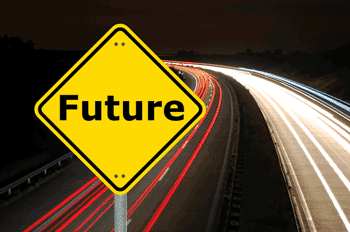 Marketing is broken. As explained in my previous post Do We Need an Agile Marketing Manifesto?, marketers are stressed out and sometimes dysfunctional because of the speed of change, fractured and disrupted channels of communication, customer control of the buying process, balkanized and under-utilized marketing intelligence and limited resources.

Some of us think Agile Marketing is the answer (or at least part of the answer).

If Agile Marketing achieved widespread adoption, what would marketing look like in the year 2022? If the future of marketing is Agile, how is that vision compelling enough to justify adoption of Agile Marketing?

Continue Reading Marketing 2022: The Future of Marketing is Agile

On June 11th in San Francisco, at the offices of MindJet, we’re going to hold the first ever gathering of Agile Marketing practitioners, which we’re calling SprintZero. I’m super excited. One of our goals will be to put together an Agile Marketing Manifesto. In preparation for this, Travis Arnold posted a roundup of Agile Marketing Manifestos.  Reading over Travis’s roundup, I’m struck by the role of the manifesto compared to the other elements that have made Agile Development such a success: the manifesto is the visible tip of the iceberg, but without the remainder of the iceberg, the principles and the methodologies of Agile Development, it would never have had such a big impact.

No more pages to load