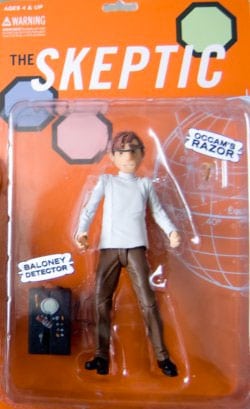 Perhaps you love Agile Marketing and are convinced it can make a difference in your organization. But your co-workers or your boss or your team if you’re the boss are skeptical. How do you convince them that Agile Marketing is worth doing? Here are four reasons for adopting Agile Marketing.

Momentum (AKA Your Competitors Are Doing Agile Marketing)

Google trends is one of my favorite tools. It allows you to see the popularity of a term in the news headlines over time.  Here’s the chart for the term Agile Marketing:

No idea why their isn’t any data for about six months in 2012, but otherwise, you can see that the trend is solidly up over time.

Here’s another data point for you: 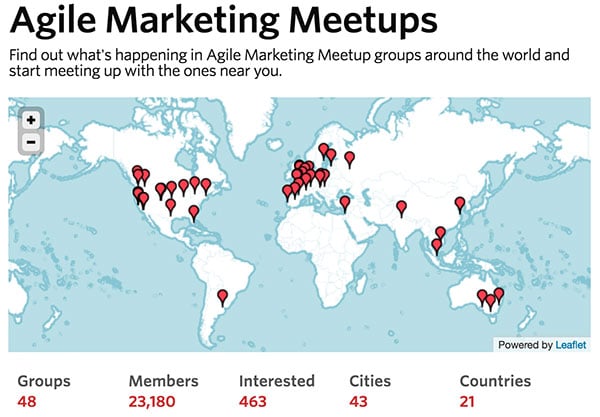 One of the promises of Agile Marketing is that you’ll be able to get more done. This isn’t an idle promise.  In one case study, the marketing group for the satellite campuses of Northern Arizona University were able to get a 400% increase in productivity. In addition, they were able to trim their budget by 20% and saw a 30% increase in the department’s client satisfaction rating.

Here’s another example: the creative team at Workfront, a SAAS Project Management company out of Levi, Utah, was able to increase its average number of tasks completed by 55% per week using Agile Marketing. The average number of tasks completed by the creative services design team per week in the year prior to adopting Agile Marketing was 17.5. Now that same team averages 27.1 completed tasks per week.

Teradata adopted Agile Marketing and as a result they felt like they doubled their productivity.  As their CMO, Lisa Arthur said, “Adopting a way more Agile approach, we probably pulled off in 5-1⁄2 to 6 months what most organizations would do in 12”.

Agile Marketing improves communication in organizations by establishing a discipline for prioritizing the most important and the most strategic work and by communicating to other areas of the company marketing’s activities and their results.

Particularly when they’re getting started, I encourage Agile Marketing teams to invite senior management and sales to the Sprint Planning sessions.  I do this because I want marketing to get candid feedback from these other areas of the company in regards to what they need from marketing.  One of the questions I developed over the years to spur discussion is as follows:

What would it take for you to say, marketing is my secret weapon?

The discipline of Agile Marketing also avoids what the developers refer to as scope creep. So many times in marketing, someone from management or sales will come in with an “urgent” request – I need this by tomorrow, it will only take you a minute.

With Agile Marketing, the answer goes like this: thanks, we’ll add that to the backlog for prioritization in the next Sprint.  Usually, that should be sufficient.  But if it isn’t, then the answer is, OK, we’ll do it, but what do you want to remove from the current Sprint we’re working on? This probably won’t completely eliminate the fire drill items (after all, we’re trying to stay agile, which also means being responsive), but it will encourage the conversation of how important is this item compared to all the other items on the plate.

In the same case study mentioned above, at WorkFront, the average hours spent by the team on planned work items (not including ad hoc and fire-drill items) per week increased 72%, from 55.1 hours per week to 94.9 hours per week. This allowed them to apply greater focus to strategic and planned work.

I spoke to David Lasué, who runs that team, and he mentioned that one of the unexpected benefits of Agile Marketing has been a reduced turnover rate among his staff.  They were happier and experienced less burnout due to random requests. They work on a weekly Sprint cycle, and they have a very predictable rhythm to their weeks. They’re getting more done with less stress.

Agile Marketing can also communicate to other areas of the company marketing’s activities and their results. When I first started teaching Agile Marketing, I encouraged teams to use a whiteboard, rather than electronic tools, at least for their early Sprints. I did this because the rest of the company would see the Sprint board, and would see both the items that Marketing was working on, and they’d see items move from the To Be Done to the Done column.

The White board was also useful whenever discussions would come up about ad hoc or fire drill items.  The team lead would walk the requestor over to the white board, and discuss where this new item fit in the prioritization, and what could be delayed or dropped to fit this new request into the queue.

I now encourage teams to use a large display screen, posted somewhere where it is visible to other teams, that shows the current sprint backlog and a few critical statistics. This allows the team to use an electronic tool for tracking the Sprint, which is increasingly important in this era of distributed teams.

Agile Marketing can also lead to improved business results. Jascha Kaykas-Wolff, one of the early practitioners of Agile Marketing and the host for SprintZero, had this to say about implementing Agile at MindJet:

On one project, we have almost a 3000x lift in performance and drove a 30-percent increase in trials quarter-to quarter, just purely because of this [agile] process. And we’ve done nothing else that was different other than use these processes on this one particular campaign.

One of my favorite examples of improved business results due to an agile practice known as high tempo testing comes from Satya Patel of Twitter via a talk given by Sean Ellis at the San Francisco Agile Marketing meetup.  Satya was able to roughly double his compound quarterly growth rate simply by increasing the number of tests that they ran from roughly one every other week to ten tests per week.

Xerox has been practicing Agile Marketing since 2009. For them, the most clear improvement in business results has been in their ability to prioritize and get the right things done.  As Judith Frey, their VP of Interactive Marketing, said: “Because of the volume of projects that come up in the Web environment, you’re changing things on an ongoing basis. A way to manage those and prioritize them so you’re always working on the highest value projects is very much congruent with how agile operates.”

So what do you think?  How do you convince the skeptics?

The Making of a Manifesto